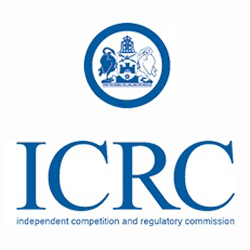 The Independent Competition And Regulatory Commission (ICRC) offers services that fall under four categories, which include energy, water & sewerage, licensing of utilities and listening to competition issues. The commission follows guidelines stipulated in the Independent Competition And Regulatory Commission ACT of 1997 to deal with all competition issues. Australian governments came together and decided to set principles that will govern competitive neutrality for all businesses that are owned by the government. The governments also developed a system in which complaints can be heard and settled. The ICRC was chosen as the body that will handle competitive issues since the year 2000. Firstly, the commission follows guidelines set in the act to set prices and access to infrastructure services. In addition, the commission regulates and presides over all matters that are related to regulated industries. The commission also listens to all complaints brought forward by any government owned business and passes fair judgment based on the stipulations set in the ACT. Aside from the 1997 ACT, the commission also follows the Utilities ACT 2000 that has guidelines that governs matters related to license of utilities. Other tasks of the commission include:
•    Set prices for water and sewerage services
•    Advice the government on matters related to water and sewerage services
•    Accessing license applications and monitoring the compliance of the licenses
•    Setting license fees
•    Granting and revoking licenses
•    Granting licensed bodies excusal of adhering to set license conditions under special circumstances
•    Transferring licenses from one body to another
•    Issuing electricity and natural gas networks with licenses that permit them to distribute energy
•    Ensuring that all energy licensed bodies comply with the industry codes stipulated in the utilities ACT 2000
•    Determining electricity tariffs as per the 1997 ACT upon request by the government

The ICRC aims at ensuring that all residents living in Australia have clean water, proper sewerage systems, and good quality energy products. The commission does that by setting rules and regulations that provide a level playing field for all government regulated activities. The set rules ensure that all the bodies entrusted with the responsibility of delivering water, sewerage, and energy services employ high standards of quality control while discharging their responsibilities.

The objectives of the ICRC are based on two principal acts: the Utilities ACT 2000 and the Independent Competition And Regulatory Commissions ACT 1997. Both these ACTs contain laws that are set by Australian governments that govern the issuance of utility licenses and how bodies dealing with the distribution of energy and water carry out their responsibilities. The commission offers a listening ear to any competitive neutrality complaints raised by government-owned businesses and passes fair judgments. ICRC prides itself at having a team of professionals who have diverse skill and personal qualities that make them well able to offer credible advice to all their stakeholders as well as pass judgments that are free from favouritism.

The commission believes that strict guidelines are vital to ensure that all their stakeholders deliver high quality services related to the responsibilities they are required to deliver. This ensures that all the rules found in the two acts that govern the practices of the commission are strictly followed by all the stakeholders.

The ICRC believes in passing impartial judgements when stakeholders bring forth their complaints. The commission allows both the complainant and the defendant of any case the chance of presenting credible evidence to defend their respective stands. The commission also invites members of the community to give their views regarding ongoing cases. As a way of ensuring that the judgment passed is the best possible one, the commission delegates a team of its own members to investigate and prepare a report on all complaint cases. The commission makes it a point of ensuring that all cases are considered and resolved as quickly as possible. The company also believes in fairness and equality especially when dealing with all matters infrastructure. ICRC employs policies that do not discriminate anyone when they are regulating access to infrastructure related services.