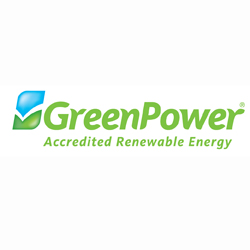 GreenPower is a government accreditation program whereby customers can choose to pay their retailers extra for renewable energy. The program was initiated in 1997 under the auspices of the state governments of ACT, NSW, SA, QLD and VIC and in cooperation with various NGO's, among which were Greenpeace, the Australian Consumers Association, the Australian Conservation Foundation and the WWF. Over the last decade, the use of GreenPower has exploded among the Australian populace, rising from just 130,000 in 2005 to over 900,000 in 2009 (the last year for which accurate numbers are available at the time of writing).

GreenPower is energy that has been generated from the sun, the wind, water or waste without producing any greenhouse gas emissions. The logo (a 'tick') appears on Australian energy plans and signifies a guarantee from the government that the participating retailer is really using renewable energy for these plans. Often, providers allow customers to choose the share of GreenPower they want, which can range from 10 to 100%. Switching over to a 100% GreenPower-accredited plan allows the average household to cut its greenhouse gas emissions in half. It also stimulate the demand for new clean energy technologies at the same time and reduces water consumption (because fossil fuel generators consume a high amount of water).