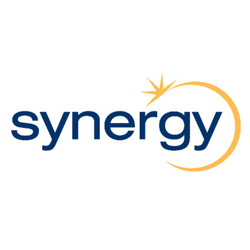 Generating over $2.4 billion in revenue per year and with more than one million customers, Synergy is Western Australia’s largest and most successful electricity retailer. Of all electricity and gas bought by residential, commercial and industrial clients in this state, over half is sold by Synergy.

The SWIS or South West Interconnected System represents 90% of the energy market in the state of Western Australia and is not interconnected with other Australian energy networks. Until recently, this market was entirely dominated by the state-owned Western Power. In 2006, it was split into four GTE’s or government trading enterprises: Verve Energy (energy generation), Western Power (network operation), Synergy (energy retail) and Horizon (rural supply).

Today, Synergy is owned by the government, but run for profit – and unlike its former sister division Western Power it is facing strong competition from innovative companies like Alinta, Perth Energy and ERM Power. Besides its core energy retail business, the company is also active in other markets related to energy. These include the markets for supply contract management, short term energy (STEM), energy capacity and renewable energy certificates.

Vision: Synergy strives to deliver a high-quality and highly reliable power service with the utmost respect for the environment. The company is inextricably linked to the Western Australian community and has been since its Western Power days. Synergy wishes to improve the lives of its customers through its focus on customer service and of the population of Western Australia in general by actively supporting various good causes.

Differentiation: Synergy knows that the energy needs of the population are rapidly changing and is taking a proactive approach to meeting future energy requirements. As a GTE faced with private competitors, Synergy has the advantage of a strong and loyal customer base, but the disadvantage of being bound by a more stringent regulatory framework. Still, by consistently thinking ahead – among other things by investing in renewable energy, maintaining a dispersed geographical presence and offering a large amount of different contract durations – Synergy has become flexible and innovative enough to withstand the heavy competition and remain the largest retailer in the state.

Philosophy: All Synergy staff and management follow these four basic principles of good business: entrepreneurship, quality relationships, spirit and integrity. The result is a corporate culture that stimulates innovation and instils a sense of purpose among its employees, making working for Synergy a satisfying experience.

Sustainability: Nothing is more important than taking care of the environment. Synergy has been moving towards a greener, more sustainable future in four main ways. First, it has increasing the share of renewable energy in its energy mix and provides its customers with more environmentally friendly options. Second, it encourages people to make their energy use more efficient. Third, it ensures that all workplace practices are respectful of the environment. And finally, the company supports a number of environmental programs.

Charities & Corporate Sponsorships: Synergy is firmly entrenched in Western Australia and proudly plays an active role in its community. Some of the good causes the company supports include Synergy Parkland, Starlight Children's Foundation and Landcare Australia.