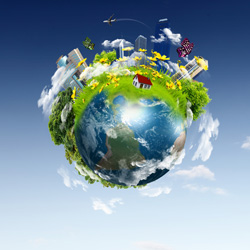 We are in a world of change.  With the evolution of technology our lives become faster and more productive, and underlying everything in our lives are the utilities that help us grow, live, and innovate.  This utilities business directory is an effort to find companies of value that participate in the utilities market.  Utilities defined: The state or quality of being useful; a public service; the capacity of a commodity or a service to satisfy some human need; and designed chiefly for the use of service.  This is what the directory is for - seeking utilitarian value.

United Energy is an energy distributor with over 640,000 customers in the Melbourne and Mornington Peninsula areas. Originally a distribution and retail business, UE divested its retail arm in 2002 and focused on electricity distribution from then on under its new majority holders from the DUET Group. Although it's a separate business, the same head office also manages Multinet Gas.

Western Power exists to connect people with electricity. It built, owns and operates the power network in the south west of Australia and distributes energy to over a million people. The company is owned by the state government of Western Australia and reports to the WA Minister for Energy.